What is it?
A goats cheese that is mild and extremely fluffy with a sour edge

What is in a name?
The cheesemonger that furnished us with this beautiful, delicious cheese gave it a half-translated name of ‘le pebble normande’. ‘Albatre’ does exist in English (a pale, soft stone), presumably alluding to the surprisingly light and fluffy centre of this cheese. Guess he thinks the English aren’t as cultured as the French…so we’re going to call it Goaty McGoatface.
cheese review
The Cheese’s Appearance
It’s a very striking looking cheese, however we can’t help but think it looks a bit like a giant, black poo… The skin is speckled and almost furry looking. However once cut open, the deep grey outer layer and white centre provide a pretty contrast. 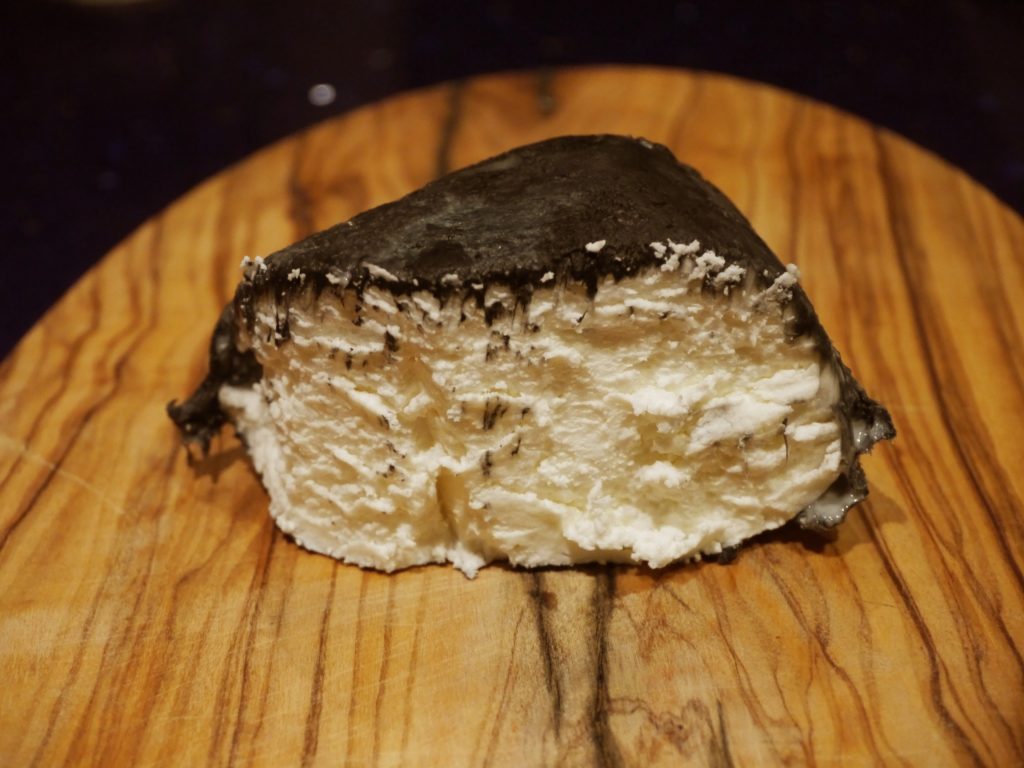 Smell
For a change, this cheese won’t stink out a room. It’s yeasty and mild, almost sweet, and you have to get your nose right up in there for a sniff. It has an acidic edge which makes it smell slightly sharp & sour.
incredibrie
Strength
The strength of the goat in this goats cheese is so mild that it could almost be a kid, ha.

incredibrie
Taste
Ellen decided to lick the cheese’s rind, as you do, and proclaimed that it tastes like cupboard (otherwise known as cardboard… who left Izzy in charge of typing?!) The taste was a surprise, quite different to the smell.  It’s not at all acidic like a lot of creamy, softer cheeses and doesn’t at all catch your goat, sorry throat, which was our only qualm with Brillat Savarin. At first bite it was clean and light on the palette. And surprise surprise, the nutty but not overly rich taste meant we had no problem (bl)eating all of this delicious goats cheese. 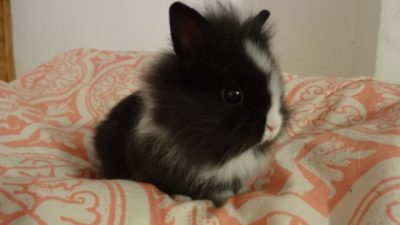 This cheese is drier than your socks after you forget to take them off the radiator; it almost saps up the water in your mouth, like a cactus but less spiky. It is fantastically fluffy. In fact it would be a close call on the fluff-o-meter between Goaty Mcgoatface and Ellen’s rabbit, Julie Andrews. The rind is slimy and we never did quite figure out whether you are supposed to eat it or not. We think it may have just been to keep it’s shape.

Final Comments
Overall, this goats cheese provided a very enjoyable experience, but it could do with ditching the rind. Izzy says “Goats cheese in general isn’t my favourite, but this one is my favourite goaty so far”.  From now on this is our goat-to goats cheese.