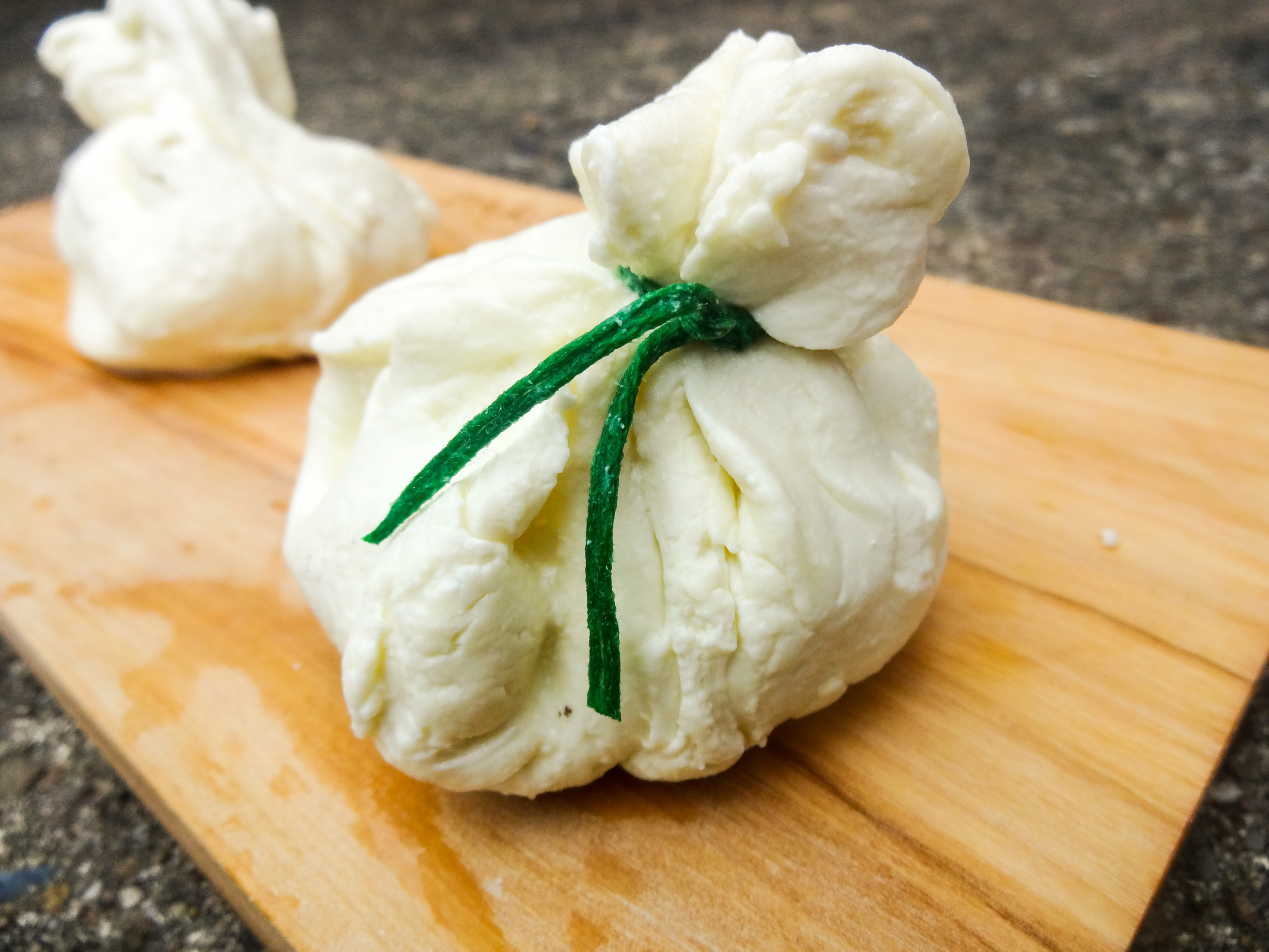 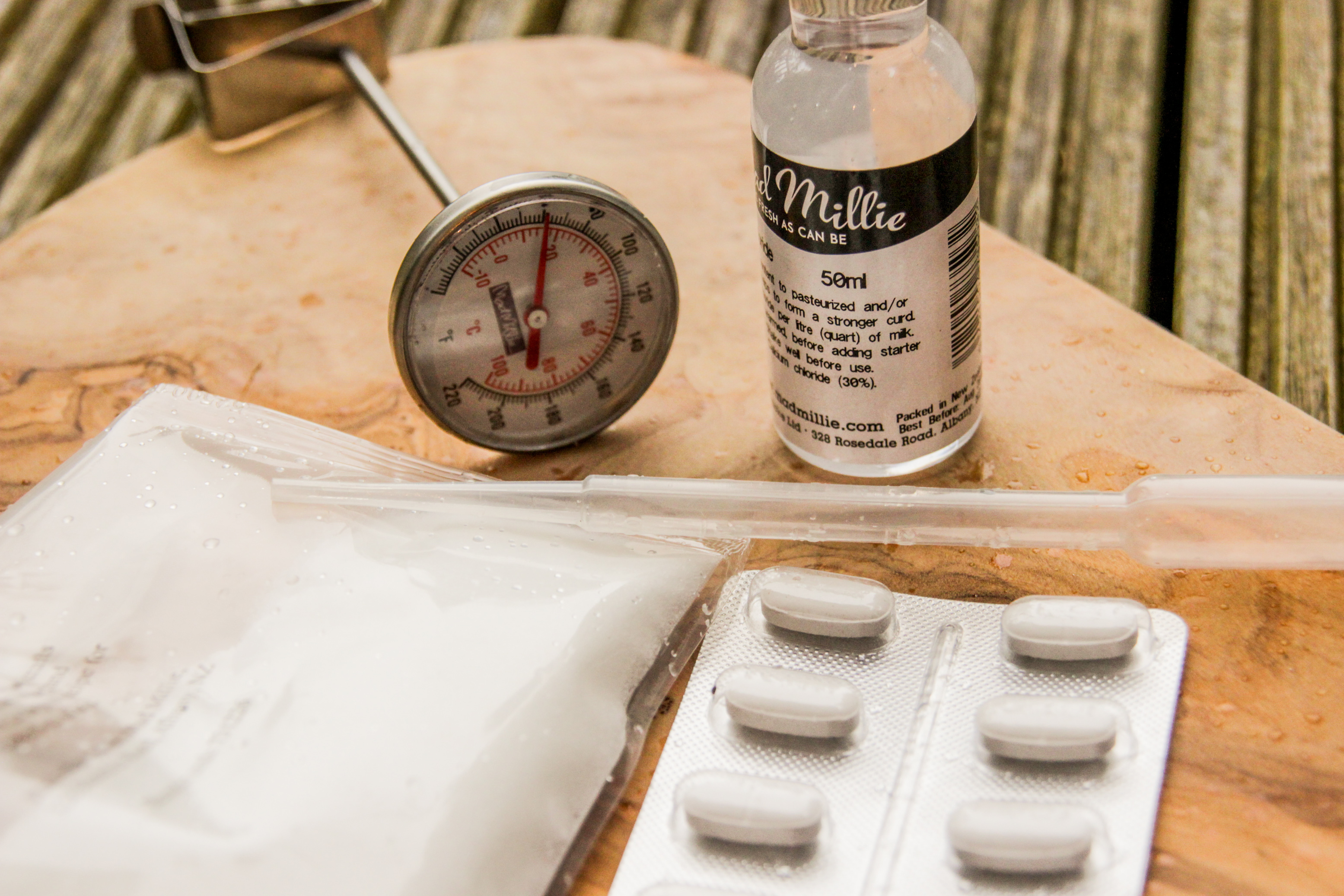 Yes, you guessed it, a syringe, a cloth and some acid! With which we attempted, for many more hours than the recipe stated, to make our own Burrata.

For the sake of experimentation, and because like Kim Kardashian our self-confidence far outweighs our talent, we went straight in guns blazing for level ‘Difficult’. We were feeling optimistic; sun shining, beer in hand and with the weight of final exams lifted we had little else to do other than culture some mighty fine casei (caseiculture = cheesemaking for all you numbskulls out there).

Millie made it look so easy on her youtube tutorials, but despite our best efforts the stretching just wasn’t happening for us.  We did eventually end up with something that vaguely resembles Burrata, more by looks than taste. So here goes nothing, we present you with our review of Incredibrie’s first produce, Incrediburratie.

Texture: Stodgy and thick. A bit like biting into a boiled egg rather than fresh mozzarella. In the mouth it breaks apart into weird bits. Not quite what we were going for. The whole creamy-fresh-cheese thing is kind of missing.

Taste: Like cheese but really, really salty. It’s not particularly moreish, although we did eat the whole thing anyway. Salt aside, the filling was more flavoursome than the outer-shell and definitely had potential. In general though, pretty bland.

Appearance: It looks like Burrata! The middle didn’t ooze out when cut open like it was supposed to because the shell was too thick. But on the plate, it definitely resembled Burrata. Success!

Final Comments: Good for a first attempt, we did pick one of the hardest recipes. We wouldn’t recommend Incrediburratie if you have high blood pressure… or a tongue. We did actually save the leftover filling to put into a pasta bake which worked surprisingly well! It made great drunk food after a night out.

We think the main problem was probably the quality of the milk rather than our lack of skill (ego still intact!) thus we have decided that the logical next step is to invest in an Incredibrie Cow. Click here to see what’s going down…