We Paid:
Rien, but it cost out lovely friend Livi £10 (per rond) 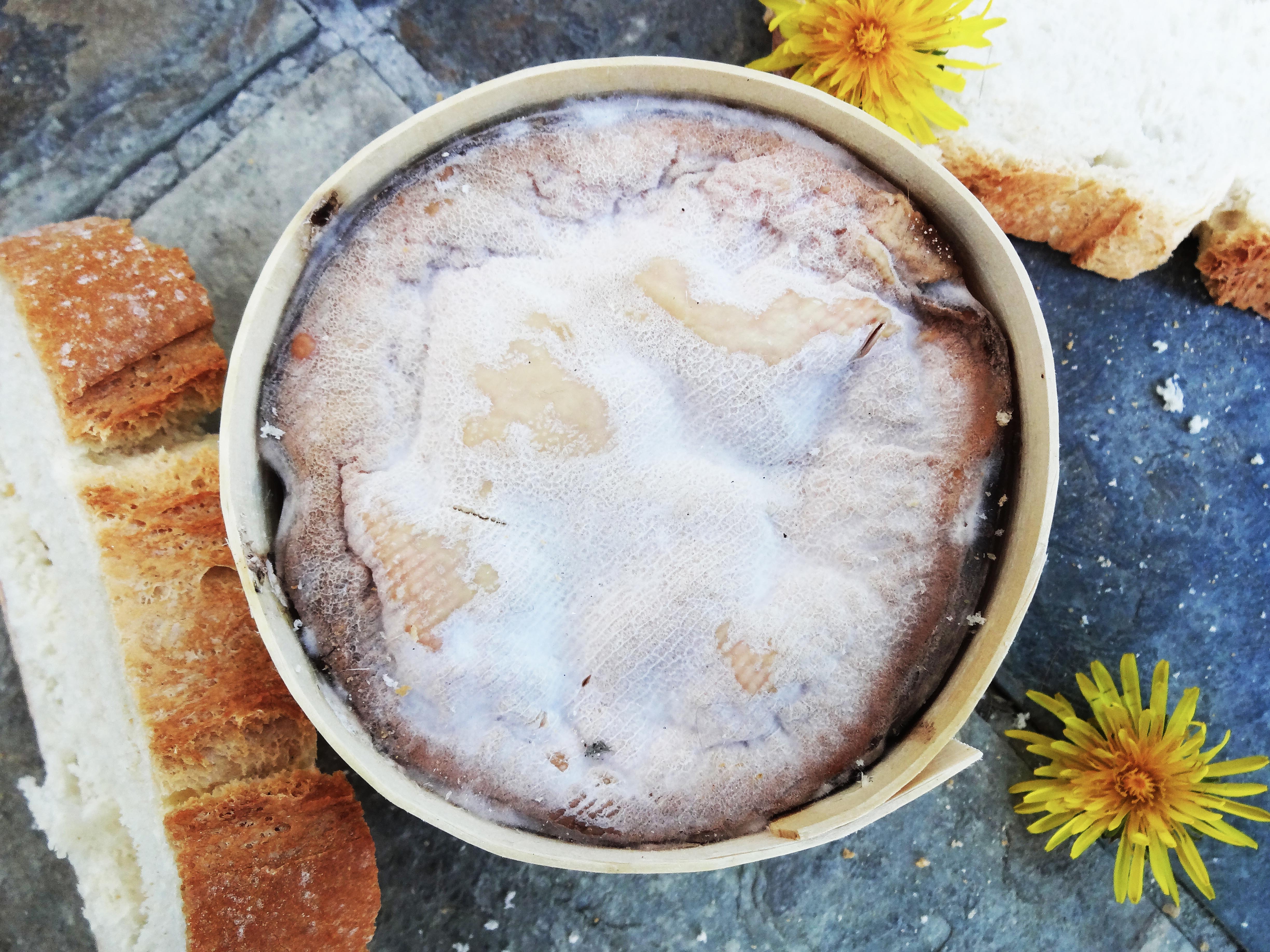 This one came from Borough Market in London. A lovely fromagier there once told us that the Mont d’Or season is fleeting. Production begins in August and runs through to April, but the majority are made mid-winter with raw milk (unpasteurised) when the cow’s milk is ideal for soft and squishy cheeses. We got ours on April 1st (Ellen’s birthday, joking. Actually not joking though) so it was real ripey, meaning a strong stench.

Boom boom, boom boom! Don’t want this in your room. It just reeks, but like a camembert that’s been hanging out in yo fridge for a few days rather than anything inedible. Apparently it could be smelt from the top of Izzy’s 7 person house. A good Jesus Christ out of ten, and slightly acidic.

Like a mini crusty volcano covered in spider webs. Get in ma belly…

Mont d’Or is creamy and ripe, it slips and glides over your tongue like a woman’s negligée slips of her shoulder in sexy adverts. It has a gooey appearance but in the mouth it’s ridiculously silky.

The flavour is definitely not as offensive as the smell. It’s earthy and nutty with an acidic edge which shows its age. We decided to pop it in the oven because it tasted like it should be warm, and ripely so, we got a delicious result. It’s quite salty but the thin texture balances the rich flavour and makes it very easy to eat. Ellen was scraping the rind while it was in the oven. Some call her desperate, she prefers ‘making do with what you’ve got’.

Strong enough to hold its own with le pain but probably couldn’t actually lift it up.

It’s very mature like the bun Izzy’s been rocking lately (she is 23 now after all), and its standout feature has got to be its silky texture. It wasn’t as unique as we were expecting but it still had some really great qualicheese.